Want to get into the film and television industry? Or perhaps increase your chances of getting booked as a model? RMT has a wide variety of clients booking actors and models across all genres and age groups and this course is the first step to launching your acting or commercial talent career with the agency! We run courses that cater for all skill levels from the absolute beginner to professional, trained actors wanting to increase and refresh their skills. It is a fun, creative and non-threatening environment designed to help you conquer your nerves, gain confidence in front of the camera and push beyond your comfort zone.  All students are given actual TV commercial and film scripts appropriate to your age, look and skill level to work on in class. Angie Christophel is the primary tutor of these courses and having worked as a Casting Director in the industry for many years ensures you get up to the minute tuition, industry knowledge and feedback. We also bring in other specialist tutors who are working professionals in the industry ie: well known Australian Actors, Presenters & TV & Film Directors.  Develop Industry related skills with acclaimed acting lecturers who have worked with actors such as … Teresa Palmer(Bedtime Stories, The Grudge et al), AFI Winner Harrison Gilbertson (Conspiracy 365 TV Series, Accidents Happen), Rose Byrne (Bridesmaids), Sam Worthington (Avatar), Hugo Weaving ( Lord of the Rings Trilogy, Matrix), Xavier Samuels (Twilight Saga), Ben Mendleson (the Dark Night Rises – Batman 2013, Killing Me Softly), Kylie Minogue, Jacqueline Mackenzie, Aaron Jefferies, Matt Passmore (The Glade), Rachel Carpani, Abi Tucker, Matt Le Nevez, Robert Mammone, Paul Hogan , Academy award winner Timothy Hutton, Alexa Vega (Spy Kids) and Joel Edgerton ( The Great Gatsby) just to name a few.”

This class is a must for anyone interested in starting their career in the industry and becoming familiar with working with a script and working in front of the camera, self-taping techniques and breaking down a script

Next course is scheduled to start in February 2023

Please send us a direct email with your name, age, and contact details to admin@rmtmanagement.com

This class is a must for anyone really wanting to nail a film or TV character & audition.

Taught by Jamie Harding, a professional actor, comedian & director appearing in television, theatre and radio, nationally and internationally and has featured in many of Australia’s major performing arts Festivals. He won the Best Actor award for his role of “Cripple Billy” in STC’s production of “The Cripple Of Inishmaan” as one of his many awards and stage credits. His television credits include acting opposite Victoria Thaine, Rachel Ward, & Gary Sweet in ABC series “Rain Shadow”, “Simmo” in McLeod’s Daughters, opposite David Field in Foxtel’s “Changed Forever” Telemovie and won Best Actor at the South Australian Screen Awards for the film “Sacrifice.” He has performed in many internationally acclaimed comedy clubs & famously “out chased” the notorious Chaser boys from ABC hilarious television show “The Chaser’s War on Everything”.

Next course is scheduled to start in April 2023

Send us a direct email with your name, age, and contact details to admin@rmtmanagement.com 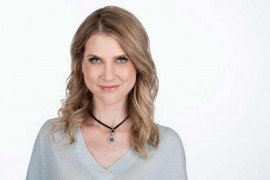 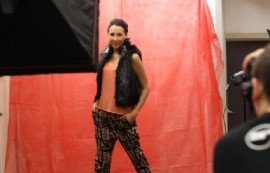 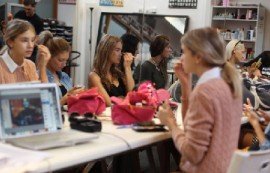 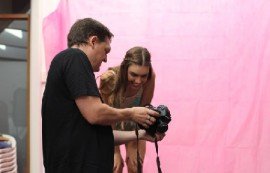 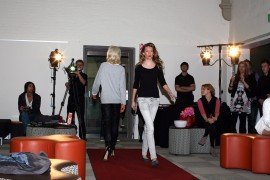